The Investigation of the Relationship Between the Leadership Characteristics

Leader coaches behavior is one of the most important factors in the development processes of athletes and their journey to permanent and sustainable success. It is important to know the leadership behaviors and moral intelligence levels of the coaches in the wrestling branch in which we are the most successful as a country. It is thought that the higher the moral level of the trainers, the higher the moral intelligence level of the athletes. The aim of our research is to determine the moral intelligence levels and leadership characteristics of the trainers who train athletes in the wrestling branch.Based on this, a total of 65 coaches participated in the U17 Turkish Freestyle Wrestling Championship in different provinces in this research. In addition to the personal information form developed as a data collection tool, the research used the "Leadership Scale for Sport" and the Yakut-Moral Intelligence Scale. In the analysis of the data, percentage (%), frequency, mean and standard deviation values of descriptive statistics were used. In comparison analysis, appropriate difference tests were used according to the normality of the data. Spearman's Rho Correlation analysis was conducted to determine the relationship between moral intelligence level and leadership. In addition, positive and significant relationships were found in the education-teaching, democratic behavior and rewarding behavior sub-dimensions of moral intelligence and leadership characteristics. On the other hand, a positive and significant relationship was found between leadership characteristics and moral intelligence, empathy and conscience sub-dimensions 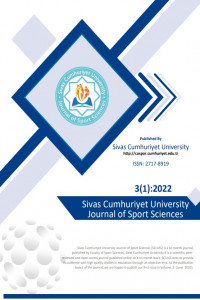